The Black phantom tetra is a sturdy tetra that can be successfully kept even by beginner aquarists. Since it is peaceful and stays comparatively small, it is often found in community aquariums kept by novice aquarists. 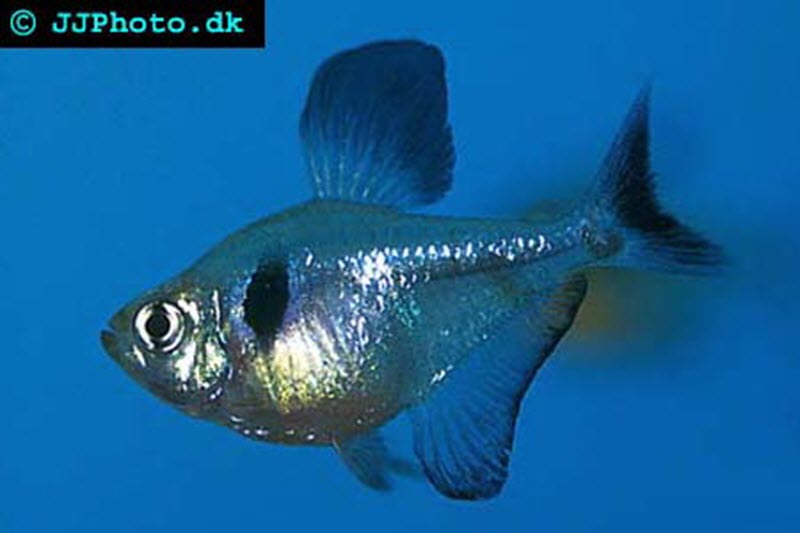 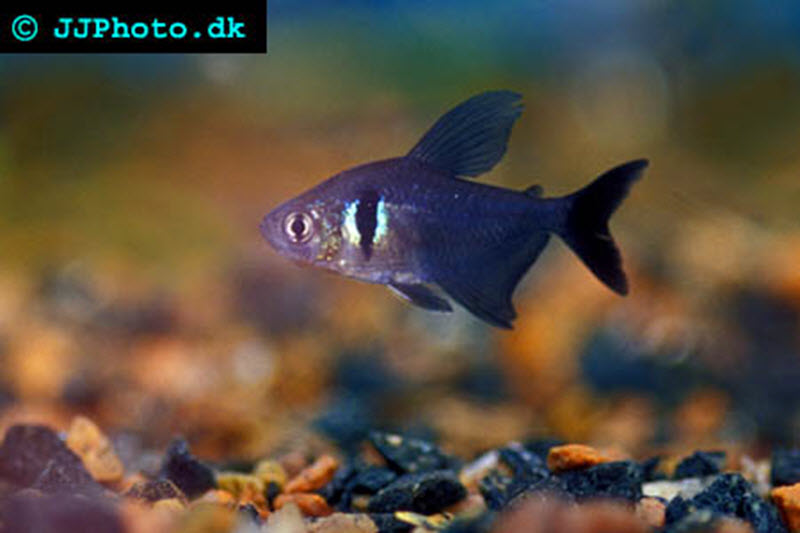 Black phantom tetras are non-aggressive and a great addition to a peaceful community aquarium with species of similar size. They are very active and inhabit all areas of the aquarium; top, middle and bottom.

The Black phantom tetra is a social fish that should be kept in pairs or in a group consisting of at least five specimens. The ability to keep pairs instead of groups distinguishes this species from most other tetras. If you want to keep several males together, it is important that your aquarium is large enough for each male to claim his own territory. It is also advisable to create natural borders in the aquarium using plants and other forms of aquarium decoration.

If you keep two male Black phantom tetras together, they will have “mock battles” where they measure each other. The mock battles will however rarely result in actual injury. The males will present themselves in profile and fully extend their dorsal and anal fin. When males have a territory to defend, their dark colouration will become more intense and the dark edging will therefore be very distinct during this display. The mock fights will sometimes end in violence where the males exchange blows and tear each others fins, but the injuries are usually not severe and they will soon be healed.

The Black phantom tetra is a very sturdy species and thus recommended for beginner aquarists. In comparison with its close relative, the Red Phantom tetra (Megalamphodus sweglesi), the Black phantom tetra is highly adaptable to various water conditions. Even though this is a though species, it will naturally need regular water changes. The Black phantom tetra will accept a water hardiness between dH 1 and dH 18, but you should ideally try to keep the dH as close to 10 as possible. The recommended pH range is 6.0 – 7.5, where 6.5 is ideal. The temperature should be between 22 and 28° C (71.5 and 82.5° F). If you want to breed phantom tetras, you might need to adjust the water conditions to coax them into spawning. You can read more about this further down in this article.

The wild Black phantom tetras are omnivore but feed chiefly on worms, crustaceans and small insects. They will accept a wide range of food in the aquarium, including flake food. Live food is however known to bring out their colour. You can use a high quality tropical flake food as a base and supplement it with live brine shrimp, blood worms or similar.

The wild Black phantom tetra is a prolific species with a minimum population doubling time below 15 months. If you want to breed them in captivity, you should lower the pH value in the water a bit. The recommended pH for breeding purposes is 5.5 – 6.0. The water hardiness must also be kept low, ideally under dH4. Keep the light subdued and/or include floating plants that will block any sharp lighting. One of the main reasons to keep the amount of light low is that light can promote fungal growth, and Black phantom tetra eggs are highly sensitive to fungus attacks. The Black phantom tetra is an egg-scattering species that will not care for their offspring; they will even eat eggs and fry if given the opportunity. If you want to increase the fry survival rate, you should therefore set up a separate fry raising aquarium where the fry can grow up without the presence of adult fish.