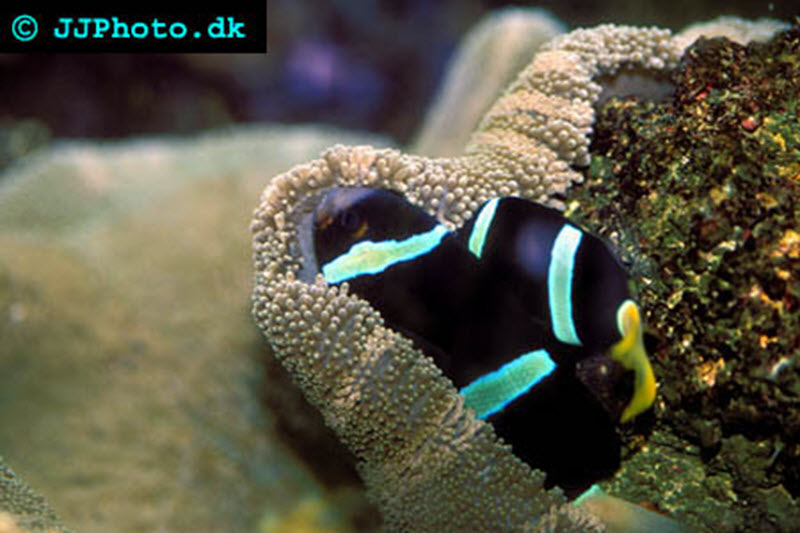 Wild Black clown fish is found in the Indo-West Pacific; from the Persian Gulf to the Western coast of Australia. You will also find it in the Indo-Australian archipelago, around Melanesia and Micronesia, and all the way up north to Taiwan and the southern parts of Japan.

The Black clown fish is one of the most commonly kept Anemone fishes among saltwater aquarists and is very popular in reef setups. You do not need to provide it with an anemone when you keep it in an aquarium without larger predatory fish. If you want to give it an anemone, you should can choose any of the ten anemone species that the Black clown fish is known to interact with:

Keeping an anemone is however quite difficult and you should always research the particular anemone species carefully before you purchase it. If you like the look of the sensitive anemone but are unsure about how to keep it, you can instead purchase a high-quality replica.

Your Black clown fish will appreciate a water temperature between 75 and 82 degrees F and a pH in the 8.3-8.4 range. Since the Black clown fish grows no larger than 5 inches and don’t need a big territory, a 20 gallon aquarium is large enough as long as you manage to keep the water quality up. The Black clown fish is more hostile and aggressive than most other Anemone fishes, and even when it has a host anemone it can leave it to attack another fish or catch food. 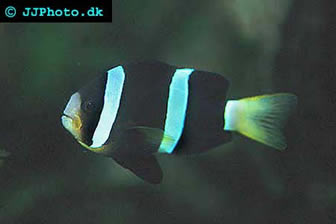 When you keep the Black clown fish in an aquarium you should provide it with meaty foods, such as chopped up fish and shellfish. It will also need some vegetables and algae in its diet. Some Black clown fish specimens will accept flake food, but they should not be kept solely on a flake diet.

The Black clown fish has been successfully bred in captivity and can be raised even in commercial quantities. The Black clown fish is an egg laying species and they male will guard and care for eggs and fry. Try to find a captive bred specimen for your aquarium, since taking wild fish from reefs can have a negative impact. This is especially important today when the popular animated movie “Finding Nemo” have caused something of a Clown fish craze.