The Amazonian manatee (Trichechus inunguis) is a species of manatee that is native to the Amazon Basin in South America. It is one of three species of manatees, along with the West Indian manatee and the African manatee. Amazonian manatees are typically smaller than their West Indian counterparts, and they have longer, slimmer bodies and shorter, rounder heads. They are herbivorous and can be found in a variety of freshwater habitats, including rivers, swamps, and flooded forests. These animals are listed as vulnerable by the International Union for Conservation of Nature (IUCN) due to habitat loss, poaching, and other threats. 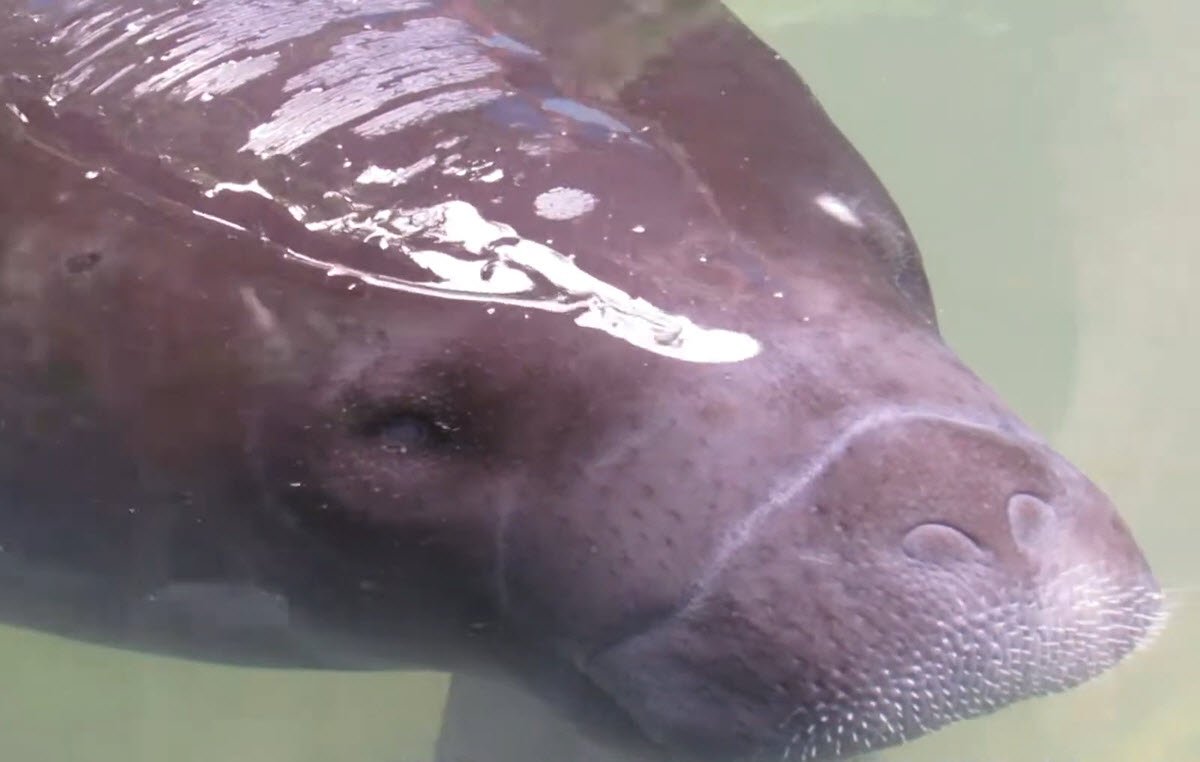 Amazonian manatees are native to the Amazon Basin in South America, which includes parts of Brazil, Colombia, Ecuador, Peru, and Bolivia. They can be found in a variety of freshwater habitats within this region, including rivers, swamps, and flooded forests. These animals are adapted to living in warm, slow-moving water and are often found in areas with a lot of vegetation, which they use for food and shelter. Amazonian manatees are known to migrate within their range in search of suitable habitat, and they may travel long distances between feeding and breeding areas. However, their movements are often limited by the availability of suitable habitat and the presence of physical barriers, such as dams or other man-made structures.

Amazonian manatees are herbivorous and primarily feed on aquatic plants, including grasses, aquatic mosses, and algae. They have specialized teeth that are adapted for grinding vegetation, and they are able to consume a wide variety of plant materials. These animals are known to have a slow metabolism and may spend up to 8 hours a day feeding in order to consume enough food to meet their energy needs. In addition to plants, Amazonian manatees may also occasionally feed on small amounts of invertebrates, such as snails and insects. They are known to be opportunistic feeders and will take advantage of whatever food sources are available to them in their environment.

Amazonian manatees are known to reproduce year-round, but there may be peaks in breeding activity during certain times of the year. These animals are known to have a slow reproductive rate, with females typically giving birth to just one calf every 2-5 years. Gestation periods for Amazonian manatees are thought to be around 1 year, and calves are born weighing around 25-30 kg. After birth, calves are dependent on their mothers for nourishment and protection, and they may remain with their mothers for up to 2 years. Amazonian manatees reach sexual maturity at around 5-7 years of age.

The Amazonian manatee (Trichechus inunguis) is listed as vulnerable by the International Union for Conservation of Nature (IUCN) due to a number of threats to its survival. These threats include habitat loss and degradation, as well as hunting and poaching.

One of the main threats to Amazonian manatees is the loss and degradation of their habitat due to the expansion of agriculture, hydroelectric dams, and other development projects. These activities can alter the natural flow of rivers and other freshwater systems, making it difficult for manatees to find suitable habitat and access food resources.

In addition, Amazonian manatees are also threatened by hunting and poaching. These animals are sometimes hunted for their meat or other body parts, which are used for various purposes, including traditional medicine and as a source of income.

Conservation efforts are underway to help protect Amazonian manatees and their habitat. These efforts include the creation of protected areas, educational campaigns to raise awareness about the importance of manatee conservation, and law enforcement efforts to reduce poaching and illegal hunting.