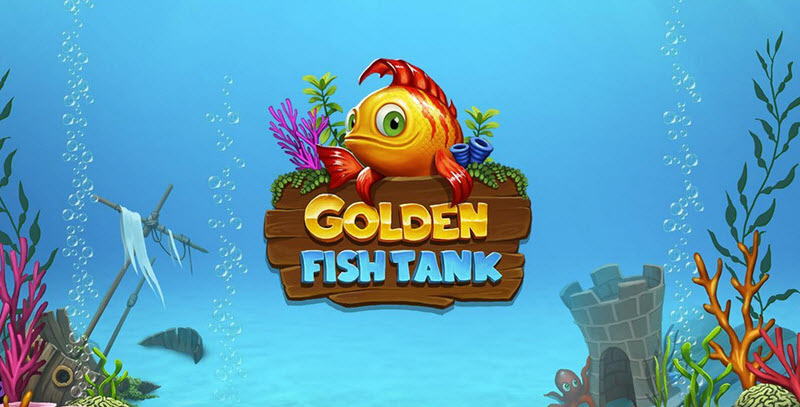 The golden fish tank is despite the name not really fish tank-themed. It is more reef themed. The game depicts a lagoon and the creatures in that lagoon. It does not depict an aquarium even if the intro video indicates that the lagoon is how the fish sees the fish tank.

I do not know if the name is poorly chosen or if the developers simply do not know very much about aquariums and thought that any fish would do as aquarium fish. Do not get me wrong. The slot is well developed and fun. It is just not aquarium themed. Most aquarium and casino lovers will most likely still like it since it is a fun slot about fish.

The return to player indicates how much money the slot pays back to the player and how much the slot keeps. Small changes in the RTP can have a large impact on how long you can play before you lose your money and how likely you are to win money. The higher RTP the longer your money will last, and the better the chance of winning money is. A slot with RTP 96% keeps double the amount of money that a slot with RTP 98%. The difference between 96% and 98% is in other words not 2% but 100%. 4% (100-96) is double of 2% (100-98).

The Return to the player of the golden fish tank is 96.4%. This is not bad but it is not great either. There are many other slots out there with a higher RTP.

The golden fish tank is a 5 reel 3 line slot. The game does not feature regular pay lines. Instead if features 243 ways to win.

The game does not feature any bonus game but it does feature a pick and click game that will give you perks during free spins. These perks can help you win a lot of money. 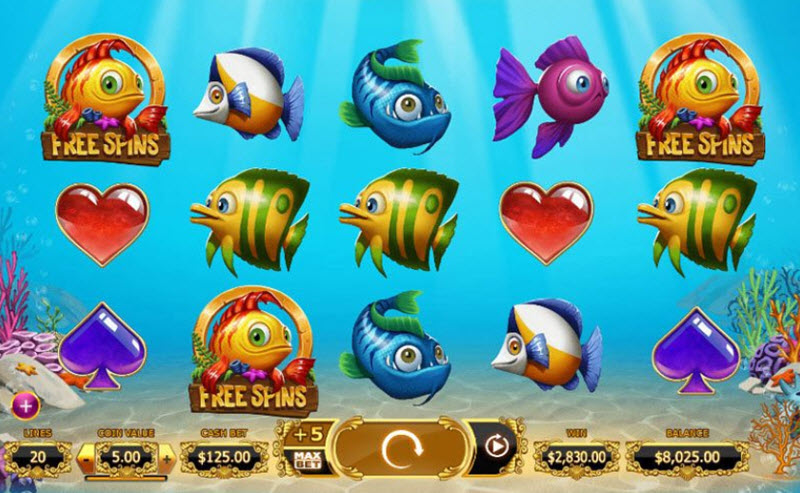 The symbols in the game are mostly fish related but the four suits in a deck of cards are also represented. All the fish in the game are fish that the developers created. They are not based on real fish species. At least not as far as I can tell. One of the fish seems to be modeled on a goldfish while others seem to be modeled on marine angelfish, butterfly fish and something similar to a wolf fish. The fish are fun and well designed regardless of what they are supposed to. The fish are worth more than the different card suits.

The game features a wild that can replace any symbol except for the free spin symbol (scatter). The wild symbol says “WILD”.

The golden fish tank does not feature any progressive jackpot. The largest single win that you can win is worth 150 000 coins. How much this is worth depends on how much you bet on the spin.

The golden fish tank is available both in desktop and mobile casinos. You can play this game regardless of what device you use to access the casino.

You can find the golden fish tank in a large number of different casinos and most casinos that co-operate with Yggdrasil offer this game. Examples of casinos where you can play golden fish tank include LeoVegas, Casino cruise, Casino joy, Spinnit, Vegas hero, and BetFred.