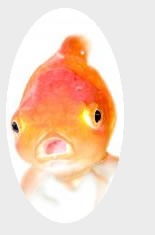 There have been a lot of controversy around the Beijing Olympics, People being removed from their homes to make room for the Olympic village, Homeless people being shipped out of the city to hide them from the visitors and of course the situation in Tibet.

This time the controversy is about animal cruelty. No it is not about the Chinese eating dogs, It’s about one of the tourist souvenirs sold at the Olympics based on the cartoon fish, Beibei, that is one of the mascots for the Beijing Olympics. Vendors are selling a keyring with a small plastic bag containing a live goldfish.

The plastic bag has been sealed giving the poor goldfish only hours to live before they suffocate. Many goldfish meet their doom even sooner as the bags are made out of poor material and often break when carried on the busy streets of Beijing. The key rings are unfortunately selling very well.

The bags are sealed at the manufacturer and many goldfish die before they even get to the vendor. When the consumer buys them the goldfish might only have minutes last to live. Unfortunately as earlier said this doesn’t seem to stop this product from becoming popular.

A Spokeswoman from the RSPCA made a statement yesterday saying “We are shocked and appalled. It is a gimmick and shows no respect for the animals at all.” about the souvenir.

I can only speak for myself and say that this terrible souvenir will taint the Olympics for me and I can’t understand that a product like that is allowed anywhere. I would like to recommend everybody to spread this news and write about it in their blogg to increase awareness about this atrocious souvenir. If we can prevent just one of them from being sold it is worth it.